What can ISO 14001 do for a Company? How Did It Start?
The ISO 14001 standard is related to environmental management systems that exist to help organizations do the following:

What we currently know as ISO 14001 started off as BS 7750 from BSI Group in 1992. The first revision of ISO 14001 was released in 1996 and has been revised several times, with ISO 14001:2015 being the most recent revision, which was released in September 2015. The standard follows a Plan-Do-Check-Act (PDCA) cycle, where Plan established goals, Do implements the plan, Check monitors performance, and Act takes action to improve the system based on the results. Over 350,000 companies are currently certified to ISO 14001 as of 2017 according to the ISO Survey of Certifications.

What type of Businesses are certified?
Generally speaking, ISO 14001 is a generic management system standard. The standard can be relevant to any organization aiming to utilizing resources more effectively while minimizing environmental impact.

What’s new in ISO 14001:2015?
– ISO 14001:2015 adopts the new High-Level Structure with 10 clauses that all ISO management system standards are required to use in the future. This helps ensure that all management system standards will have the same look & feel, and make integration easier between systems of different disciplines.
– A greater commitment from leadership.
– Simplified language to make it easier to translate into other languages and to help ensure consistent application.
– An increased alignment with strategic direction.
– Greater protection for the environment, with a focus on proactive initiatives.
– More effective communication, driven through a communications strategy
– There is a specific requirement to demonstrate how significant environmental risks and opportunities are managed within the supply chain.
– Life-cycle thinking, considering each stage of a product or service, from development to end-of-life.

What do I need to know about the ISO 14001:2015 Transition?
In theory, the transition period will last three years, meaning that you can become certified or have surveillance audits according to ISO 14001:2004 until September 2018. In reality, most of the certification bodies announced that they will stop issuing new certificates to 14001:2004 much sooner. Talk to your certification body ASAP to understand their timeline.

We recommend a Gap Assessment to kick off your transition process. During Gap Assessment audit, we evaluate your QMS to determine your current level of compliance with ISO 14001:2015. Companies experienced in ISO 14001:2004 are likely fairly compliant with the new standard but some of the changes are significant and the entirely reorganized so a Gap Assessment is a good place to start. It is also the first step in developing of a plan to update your EMS to be fully compliant with the new standard.

Internal Auditing is key to understanding compliance of the company to the requirements of the ISO 14001 standard. It requires review and assessment to verify that the current environmental management system is effective – and if not, to correct and prevent any identified issues. ISO 14001 has very clear requirements regarding the internal audit process, as evidenced by the excerpt below from Section 9.2: 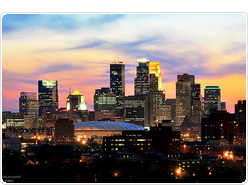